The giant otter project was conducted by Dr. Christina A. S. Mumm. Her research focused on acoustic communication in giant otters (Pteronura brasiliensis), a highly social and intelligent carnivore. Tina investigated air-borne and underwater vocalizations of wild and captive giant otters and conducted playback experiments in different German Zoos. She was particularly interested in vocal recognition, vocal development, and how behavioral research can be helpful in nature conservation. 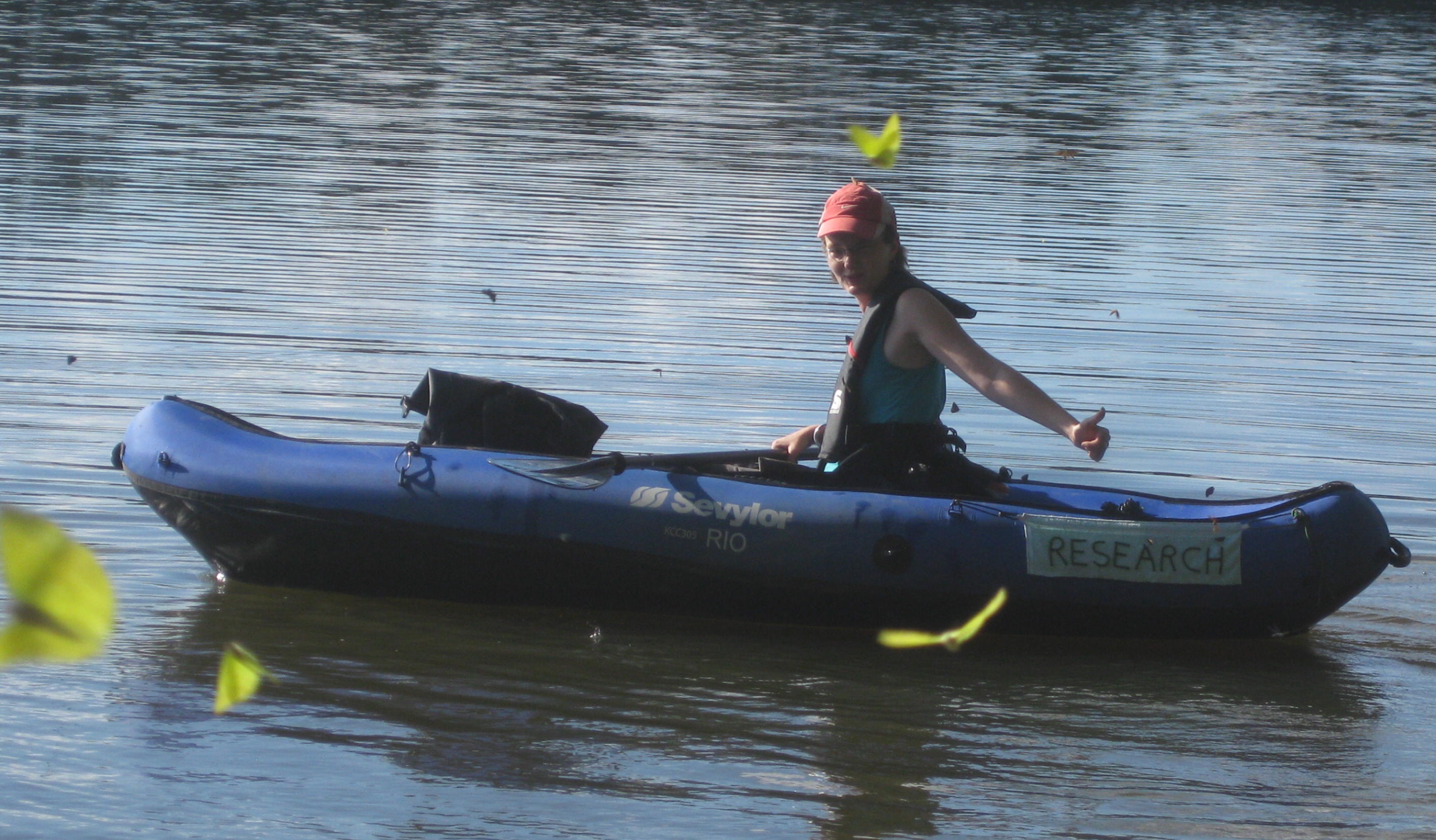 Tina was the coordinator of the IUCN OSG Otter Vocalizations Group. Researchers and students planning to do advanced work in the area of bioacoustics, vocalizations, and communication in any of the 13 otter species are invited to become a member on https://ottervocalizations.casmumm.de/wordpress/, using the “new user registration” form.

The Otter Vocalizations Group is a subgroup of the Otters in Zoos, Aquaria, Rehabilitation, and Wildlife Sanctuaries Group (OZ), belonging to the IUCN Otter Specialist Group (OSG).

Tina published a book chapter on mustelid communication (Mumm & Knörnschild 2018) in the Encyclopedia of Animal Cognition and Behavior. The chapter focuses on the different sensory modalities mustelids user for communication and provides an accessible and comprehensive introduction for anyone interested in otters, badgers, weasels, and more.

Tina investigated the occurrence of individual vocal signatures in cohesion calls of giant otters together with the M.Sc. student Maria Cristina Urrutia in 2011-2012.

Their results show that giant otters are able to discriminate between conspecifics based on cohesion calls alone, namely, contact calls and hums (Mumm et al. 2014).

Vocal repertoire of adults and neonates

Tina studied airborne and underwater vocalizations of wild and captive giant otters. Her results show that adult giant otters have a vocal repertoire that is larger than previously anticipated (which corresponds to the species’ complex social life) and that neonates produce long and conspicuous babbling bouts (Mumm & Knörnschild 2014).

The following videos provide a glimpse into the rich vocal repertoire of giant otters.

Begging behavior of an aging alpha female directed at her youngest son (Cocha Cashu, Peru, 2011). The alpha female approaches the juvenile, begs for his fish (with begging calls and a begging scream gradation), and subsequently takes it away. When the alpha female re-emerges with the fish, she emits a growl and an ascending scream to defend it (excerpt of video S14, Mumm & Knörnschild 2014; doi:10.1371/journal.pone.0112562.s017). 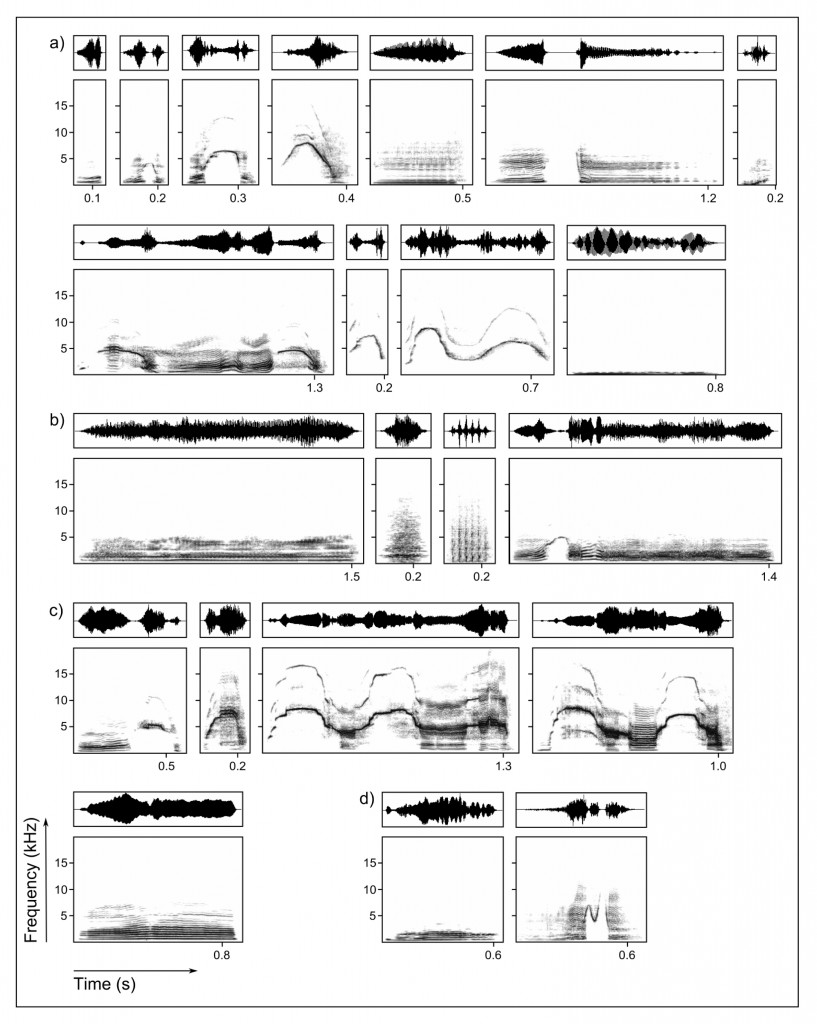 Listen to a giant otter growl (© Mumm) which is produced when defending a fish against conspecifics:

Listen to a giant otter hah! (© Mumm) which is a warning or submissive call:

Listen to a giant otter snort (© Mumm) which is a warning or threatening call:

Listen to a giant otter begging scream (© Mumm) which is uttered in a begging context:

Listen to a giant otter wavering scream (© Mumm) which is an alarm call:

A few days before Tina published her paper on the vocalizations of giant otters in Peru, Caroline Leuchtenberger and colleagues published a paper on the vocal repertoire of giant otters from the Pantanal area of Brazil. The vocalizations from these geographically distant populations are highly similar, suggesting that both vocal repertoire descriptions should be applicable to all giant otter populations

Tina studied the occurrence of group-specific vocal signatures in long-range screams of giant otters in the wild and in captivity. Screams are probably the most conspicuous giant otter vocalizations since they are not only produced singly but also in a chorus. Group choruses can be heard over large distances and are most likely used for territorial defense. Tina analyzed group choruses of eight giant otter groups and found evidence for group-specific vocal differences that allowed for the discrimination of giant otter groups based on chorus acoustics alone (Mumm & Knörnschild 2017).

Listen to giant otters screaming in a chorus (© Mumm)

The following video shows a group of wild giant otters screaming in a chorus after detecting a nearby predator (filmed in Cocococha, Peru). 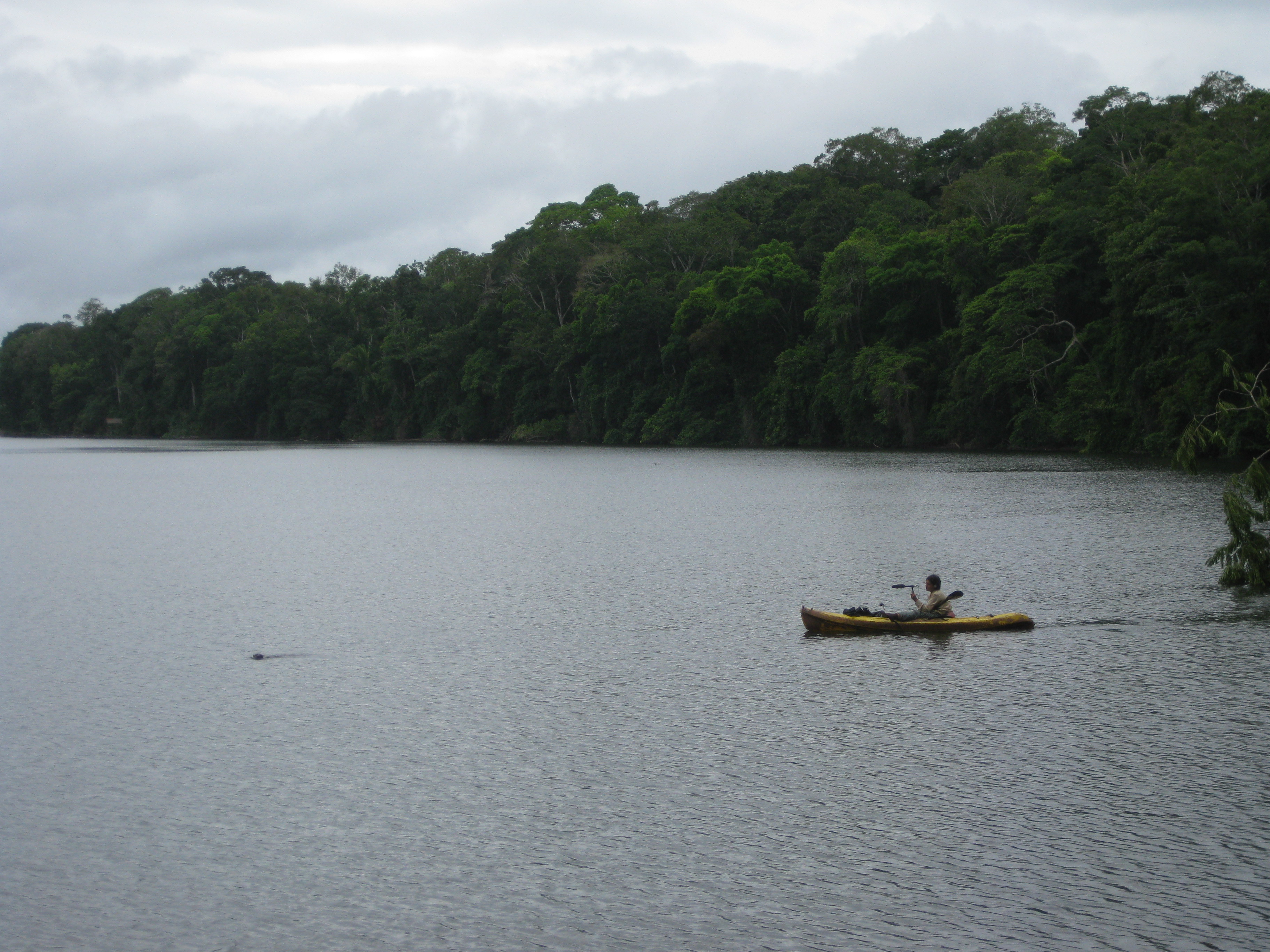