Regional differences in the courtship behaviour of male bats

Courtship behaviour demonstrates the willingness to mate and the fitness of the mating partners; thus, it is usually encoded in distinct behavioural patterns (Freeberg 2000). However, courtship behaviour is not only important for mate choice but also for mate-recognition since large differences in courtship behaviour between different, geographically isolated populations can lead to ethnological isolation and, ultimately, to speciation (Bolnick & Fitzpatrick 2007). 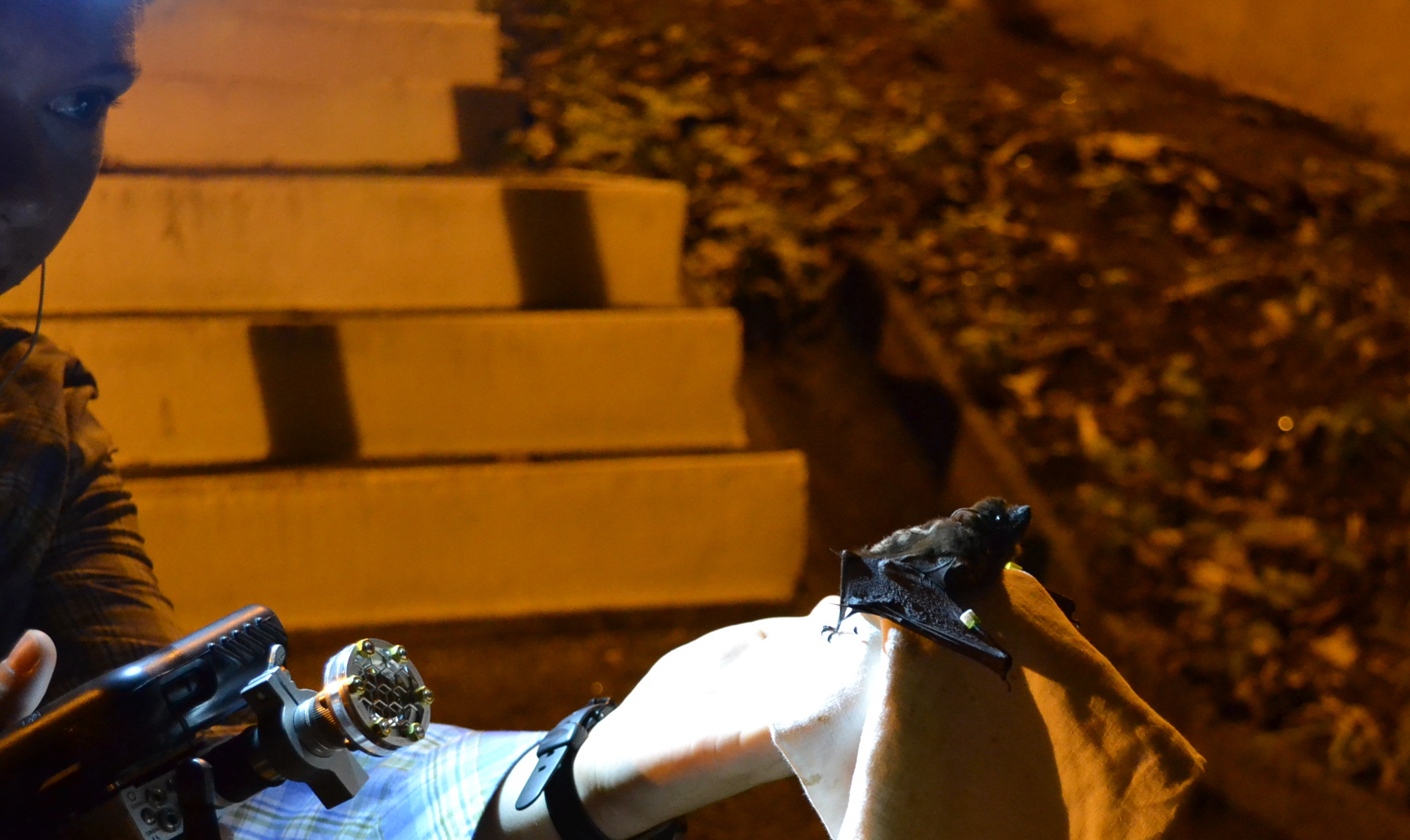 Male courtship in the greater sac-winged bat Saccopteryx bilineata is complex and consists of multimodal displays, the most conspicuous of which is a stereotypic hover flight in which the male performs displays in the visual, olfactory and auditory domain (Voigt & von Helversen 1999, Voigt et al. 2008).

Hover flights are embedded in courtship songs that last up to an hour and consist of different syllables (Behr & von Helversen 2004). We are currently decoding the syntactical rules governing syllable composition in courtship songs. 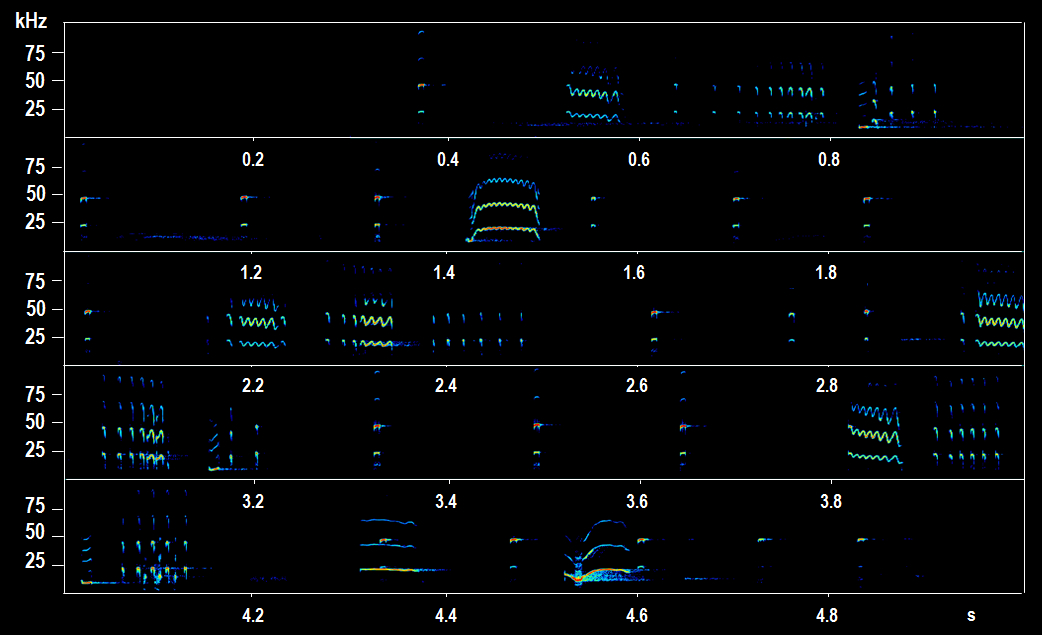 In her thesis, Maria is studying the potential for ethnological isolation in the courtship behavior of three Central-American populations of Saccopteryx bilineata. Moreover, Maria is evaluating whether regional differences in courtship behavior are caused by cultural transmission, genetic effects, or both. Up to now, this has never been studied in bats and only rarely in other mammals (Freeberg 2000).